The next generation of entertainers hit the red carpet in LA last night at the Young Hollywood Awards. There were plenty of statues to go around at the star-studded ceremony, with Ed Westwick, Emile Hirsch, AnnaLynne McCord, and Adam Lambert taking home honors. Adam found time to show off his vampire moves with Twilight director Catherine Hardwicke, while Bar Refaeli and Kellan Lutz made the rounds together. The celebs hit a gifting suite and posed for photos backstage then celebrated their wins at an afterparty with DJ AM. 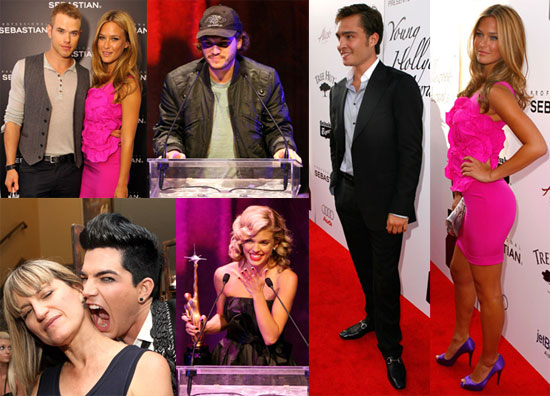