Brad Pitt and Angelina Jolie graced the red carpet in New Orleans last night at a screening of The Curious Case of Benjamin Button. Brad's passion about this movie seems almost as much about the city and the connection he is quite literally building there as it does the film itself. At the premiere he said, “I'm telling you, [New Orleans] did something else for the film. It suddenly grounded it in a way that wouldn't have worked in other places. You know, there's magic and rhythms to New Orleans, that something mystical could happen here. . . I don't have to speak for New Orleans. New Orleans speaks pretty well for itself as it is." The couple looked spectacular as Brad proudly showed his love for the woman in white and city that have captured his heart. 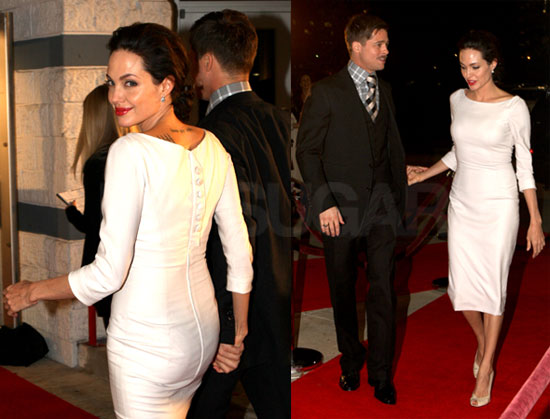 Brad PittAngelina Jolie
Around The Web