Angelina Jolie, who looks like she's running away with the title of your Favorite Female of the Year, was hard at work on the NYC set of Salt again this afternoon. She was filming solo after yesterday brought a visit from Brad and their daughters Shiloh and Zahara — check out video from their stop. Brad was still tending to their kids this afternoon, when he brought Maddox and Pax to Dave & Busters along with his brother Doug. The boys played various games and won a large stuffed animal. Last time the Jolie-Pitts were in NYC, Brad was also able to have a guys' day out with his two oldest sons. Their latest stay in the Big Apple has been all about family, whether it's big lunches together or stops to shop. 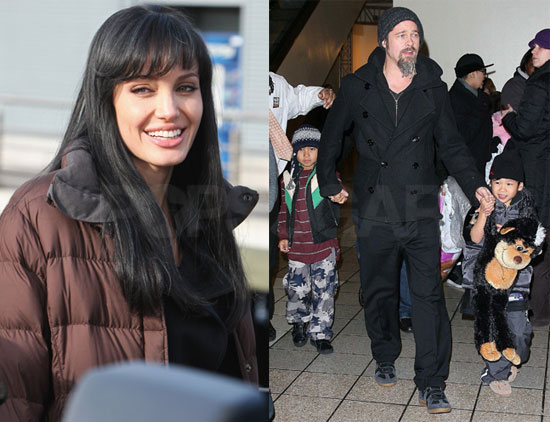 To see more of the Jolie-Pitts, just read more.