Anna Kendrick had her hands full yesterday when she returned to LAX. She spent the weekend in London at the BAFTAs, where her Twilight costars Kristen Stewart and Robert Pattinson caused a stir by leaving an afterparty together. Anna will be reunited with Kristen in just a few weeks when both ladies attend the Oscars — don't forget to fill out Buzz's ballot with all your winner predictions! Anna, who's nominated for her role in Up in the Air, recently talked about the run-up to the biggest award show of the season and shared about her style and friendship with George Clooney. She said: 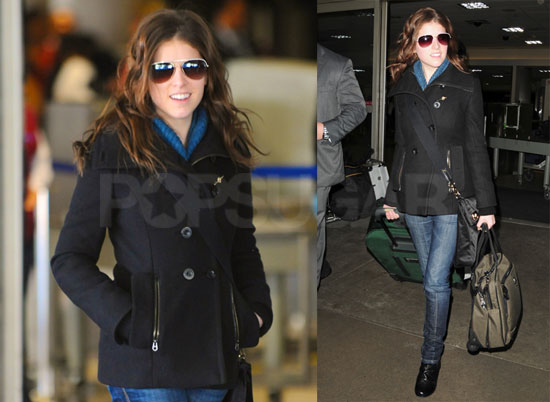