Anne Hathaway was in Cambridge, MA yesterday to accept the annual Hasty Pudding Pot at Harvard. She was bundled up for her Woman of the Year parade before she and boyfriend Adam Shulman headed to Harvard's campus, where Anne was then the subject of a thorough roasting. Anne's following in the footsteps of past recipients like Renee Zellweger, Charlize Theron and Scarlett Johansson, while 2010's male honor will go to Justin Timberlake. Anne's back in the US after her quick trip to Paris for the couture shows, and she's set to be in LA by Tuesday in order to announce this year's Oscar nominations. 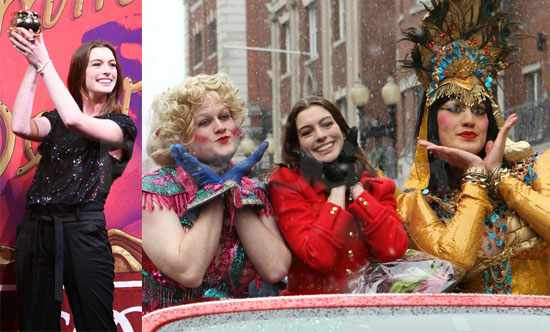 by Angela Law 50 minutes ago