Anne Hathaway and Adam Shulman spent the morning casually shopping for furniture in LA. Anne's had an award-filled few weeks announcing the Oscar nominations and accepting the Hasty Pudding Pot award during Harvard's annual parade. Anne is a member of the ensemble cast of Valentine's Day — tomorrow's the last day to enter to win a private screening so don't forget to take the quiz — but she's also starting to gear up to promote the highly anticipated Alice in Wonderland. She recently talked about her role as the White Queen, saying: 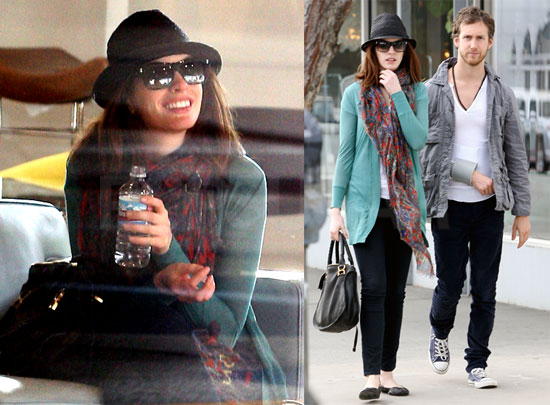 More quotes from Anne and her role in Alice in Wonderland if you just, read more.