Ashlee Simpson covered her newly dark locks with a hat Saturday as she went through security at LAX. She ditched her signature red color upon finishing up work with Melrose Place, though it remains to be seen what color Ashlee will need for her next role — she confirmed over the weekend that she's set to make her Broadway debut later this month by reprising her role as Roxie Hart in Chicago. Ashlee is also the December cover of Women's Health, and inside the magazine she opens up about her sister Jessica's recent weight controversy by saying, "My sister has an incredible body. . . I feel sorry for anyone who would judge her, because she's one sexy lady." 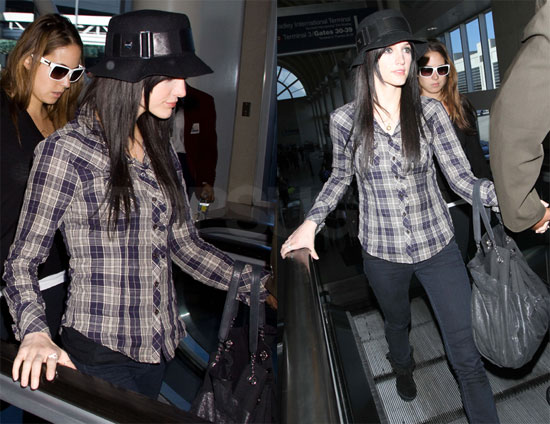 To see more of Ashlee at the airport, just read more.