The U2 concert in Pasadena last night brought out many of Hollywood's biggest names. After a weekend with family, David Beckham attended with friends, while Rande Gerber and Cindy Crawford turned up side-by-side. Paris Hilton came with her boyfriend Doug and sister Nicky, and Ashley Greene left the Gossip Girl gang to watch the show alongside fellow Twilighters Kellan Lutz and Cam Gigandet. Ryan Phillippe had a boys' evening out with BFF Breckin Meyer, as Olivia Wilde chatted with Ginnifer Goodwin. Orlando Bloom tried to go a little incognito as he played with a mask in the VIP lounge before the whole famous gang went to see Bono and the guys do their thing on stage. 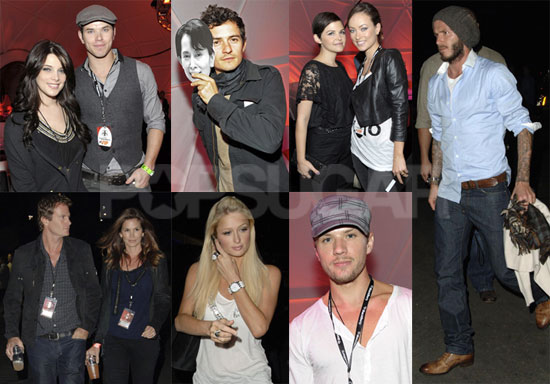