Audrina Patridge made her way through LA yesterday with one hand on her phone and the other clutching a script. Last week we heard rumors that she might get her own show, but it looks like Audrina isn't limiting herself to the confines of reality television, while Whitney's spinoff has been officially picked up by MTV. With LC on vacation in last night's episode of The Hills, Audrina had the chance to catch up with Lo, Heidi, and Spencer over a few seemingly yummy meals. Lauren didn't have her gadgets to help stay in touch, but the rest of the cast managed to provide plenty of drama and fashion without their lading lady for most of the episode. 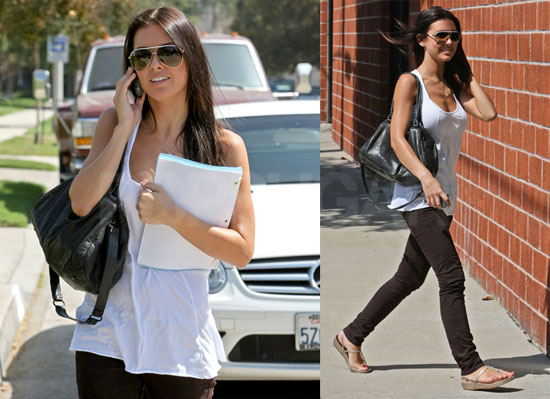