The ladies looked tan in white at a Reebok event in LA yesterday. Vanessa Minnillo smiled on the carpet as the news broke that she and Nick Lachey have split. Despite rumors of rockiness over the past few months, the two are still good friends, and Vanessa even talked about Nick's plans to go on a safari this summer. Audrina Patridge struck a pose in her LWD, and we'll be seeing a lot more of her now that MTV picked up her new show, which will focus on her life and career. Kim Kardashian brought her family along and sported sneakers, joining other guests like pregnant Kendra Wilkinson for a casual night of fun. 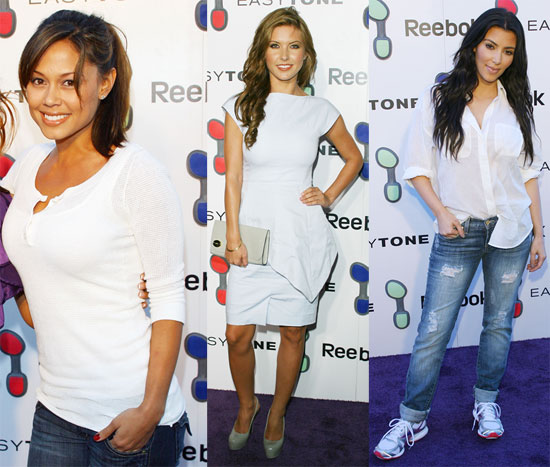