It was a star-studded lineup that braved the cold in Washington D.C. yesterday to support Barack Obama at the 'We are One' concert at the Lincoln Memorial. U2, Stevie Wonder, Bruce Springsteen, and Mary J. Blige took the stage with a ton of other celebrity speakers including Tom Hanks, Denzel Washington, Jack Black and Queen Latifah. Usher gave the President-elect a hug while Michelle, Malia and Sasha enjoyed the entertainment along side the Bidens. Obama addressed the crowd, expressing his gratitude for their support as the celebrations for the inauguration continue to heat up. Jay-Z and Beyonce have been celebrating all weekend long including champagne celebrations with friends on Friday night and her closing performance yesterday. The party looks like it's just getting started and we can't wait to see what else is in store for all of us. 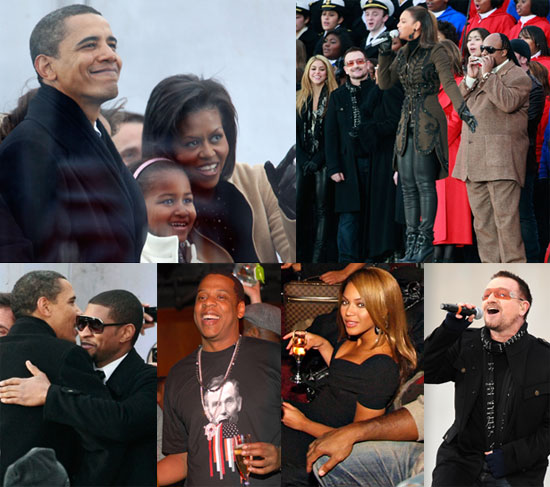 To see tons more photos including Shakira, Rosario Dawson, Bruce Springsteen, Queen Latifah and many, many others just read more.