Ben Affleck's shirt was quite snug as he scouted more locations for his upcoming movie in Boston over the weekend while his girls were back in LA going about their usual routine. Ben has been spotted all around his native city as he checks out spots to film and looks extra handsome and muscular, just saying. Jennifer and Violet grabbed dinner last night, after the three-year-old was right on trend in her tie-dye pants for a class on Friday. The Garner-Afflecks are used to being bicoastal, which has given their daughters Violet and Seraphina a taste of all different parts of the country with LA as their home base. 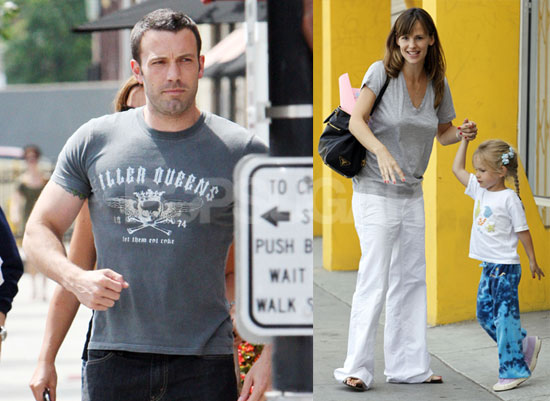 To see more of the Garner-Affleck family just read more.