As Jennifer Garner dealt with some scary stuff back home, Ben Affleck was across the world in the Congo yesterday. This is Ben's fourth trip as he continues to raise awareness about the crisis afflicting the nation. While in the city of Goma, the actor spoke out about this violent situation in Central Africa, and expressed his feelings on how people need to step up and help. Here's more: 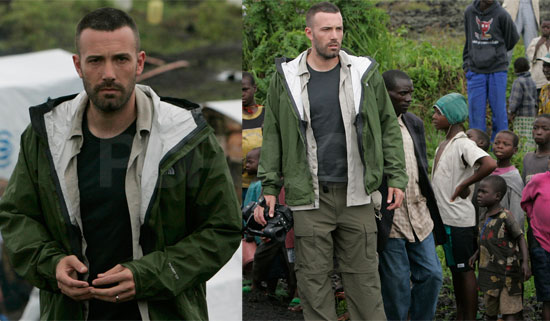 Ben has always been one to show a softer and giving side whether towards his family or an international human rights issue. He uses his celebrity status in the best way and makes it seem like a given.

Nostalgia
In Case You Forgot, Ben Affleck and Jennifer Lopez Met Working on an Infamously Bad Movie
by Amanda Prahl 2 days ago

Celebrity Couples
Matt Damon Is Ready For a Ben Affleck and Jennifer Lopez Reunion: "I Hope It's True"
by Grayson Gilcrease 3 days ago

Mother's Day
Ben Affleck's Sweet Mother’s Day Note For Jennifer Garner: "So Happy to Share These Kids With You"
by Alessia Santoro 4 days ago