Ben Affleck was the one in charge of Violet's school run on Friday afternoon. Jennifer Garner, meanwhile, was busy with re-shoots for Valentine's Day in a familiar outfit after her costars in the film, Taylor Lautner and Taylor Swift, did similar work just a few days earlier. It was a special week for Violet with her big fourth birthday, and both her parents were in town for the celebrations. Ben and Jennifer were alone on Saturday night, though, when they were spotted together at LAX heading to catch a late flight. The duo popped up yesterday in San Francisco, where they were spotted eating at the Elite Cafe in Pacific Heights. 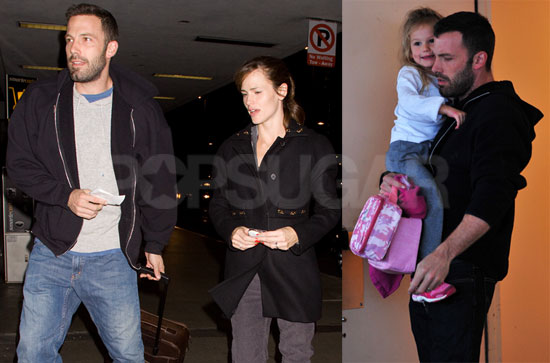 To see more of the Garner-Afflecks, just read more.