The lush green background made the dresses stand out at last night's CDFA/Vogue Fashion Fund event in NYC, where Alexander Wang took home the prize; check out all the other winners here. Anna Wintour, who may be considering retirement, hosted some of Manhattan's pretty young things at the soiree. Blake Lively and Penn Badgley traveled as a duo as usual, though they never pose together. The dress was a break from the norm for Blake who also showed off some new looks on last night's Gossip Girl Thanksgiving. Skipping TV night along with the Gossip Girl stars were Charlize Theron and Piper Perabo, who looked fantastic in the cool November night — check out love it or hate it polls on all the looks now. 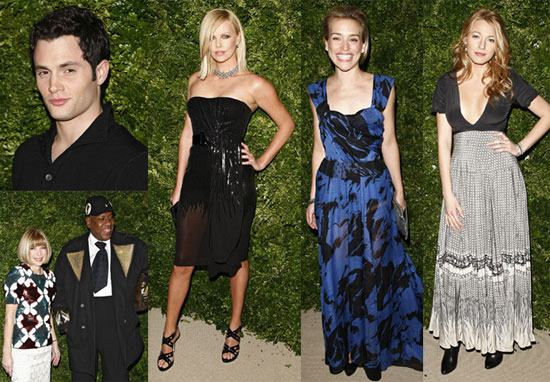