A very platinum Lindsay Lohan spent some time at Byron & Tracey salon in Beverly Hills yesterday before going to Bardot at night. It's been a rough week for Lindsay after her house got broken into, but LL's still going about her business. She seems to think she may know who did it, while the LAPD put her surveillance video on YouTube to see if anyone recognizes the three culprits. Perhaps some silver lining for Lindsay in this is that she seems like she is on better terms with her dad, who she called for help after the incident. There were also rumors this week that Lindsay is in talks to do a reality TV show with Larry Rudolph, but she hasn't had much time to deny that news between all the stories about her robbery. Meanwhile, LL isn't the only one moving out of her house — apparently Samantha Ronson is also looking to leave her place now that the paparazzi have gotten overwhelming. 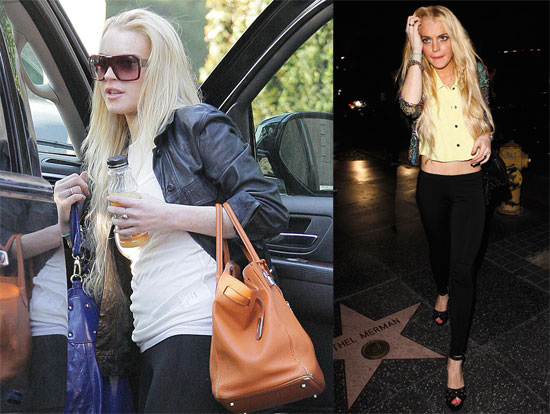 To see more of LL around town just read more.