A handful of the Jolie-Pitts stepped out of their house in New Orleans yesterday to visit one of the sites of Brad's housing projects in the Ninth Ward. The weather was a little rainy, but that didn't stop Pax and Maddox from smiling and playing on a jungle gym as Brad and Angelina looked on and cozied up to each other. Brad's hard work has been paying off, and at a charity event on Monday, he announced that his Make it Right Foundation had raised enough money to build six more homes in the city bringing the total to 90 toward his goal of 150 — another good deed from the power giving couple. 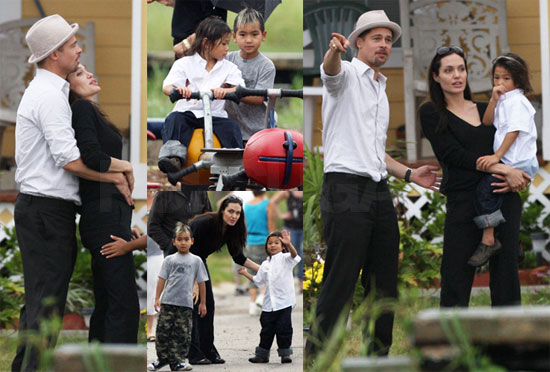 To see over 60 more adorable photos of Pax and Maddox playing with Brad and Angelina, just read more.