Brad Pitt left a studio and hopped onto a private jet leaving from the Burbank airport yesterday afternoon in California. He was in town for Saturday night's Guys Choice Awards where Fight Club was inducted into the Guy Movie Hall of Fame. Brad's more of a family man than a guy's guy these days, but he still has his share of dude-ish habits. According to his Inglourious Basterds costar, Brad sometimes settles for a quick rubdown with baby wipes when he doesn't have time to shower. I guess you gotta do what you gotta do — but his kids might be able to file that under embarrassing things dad says or does. 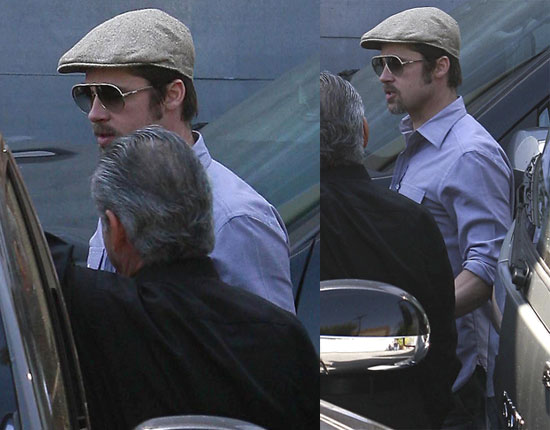