Brad Pitt spent the weekend in LA after arriving via private jet with the kids to play with his toys. On Friday he was spotted around town on his motorcycle and on Sunday he took the backseat in his car in Hollywood. While both times Brad hit the town without his partner, she was just deemed the highest paid actress in Hollywood this year so congrats to the family. We'll just have to see whether the Jolie-Pitts can win your votes in this year's Best of 2008 polls — she already may not be your favorite dramatic actress of the year, we've yet to see how he is in Benjamin Button. Brad seems to be spending more promotional time talking about his projects and family than about the movie, but the expectations are high for this movie to be one of the best of the year. 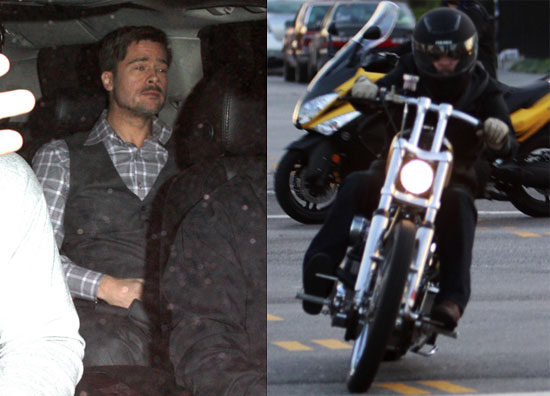