Brad Pitt chatted with Oprah a few weeks ago, and tomorrow we'll finally get to see the full episode. Until then, here are a few more cute quotes where Brad talks about how funny the kids are and reveals a few of their little quirks: 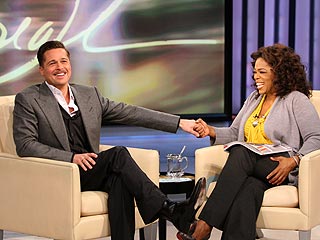 It sounds like the Jolie-Pitts are shaping up to be a pretty hilarious bunch, and we can't wait to hear more about their changing personalities from Brad and Angelina as they continue to grow up.

Oprah WinfreyBrad Pitt
Around The Web

Oprah Winfrey
Oprah's Favorite Things Are Here, and These Are the 3 Books She Wants on Your Radar
by Shelcy Joseph 11/06/20