Brad Pitt and Quentin Tarantino joined the rest of the guys from Inglorious Bastards for dinner at the aptly named Tarantino's restaurant in Berlin last night. Unfortunately, no Diane Kruger this time. Brad showed off his mustache for the role — who wore it better, Brad or George Clooney? — though you can get a much better first look at him in character here. While we're excited to hear more about this unique-sounding project, Brad's already signed on for another one. He'll be starring in a big screen adaptation of The Odyssey, set in space. It'll be interesting to see how that turns out and where the Jolie-Pitt family will be packing up and moving next to join dad on set. 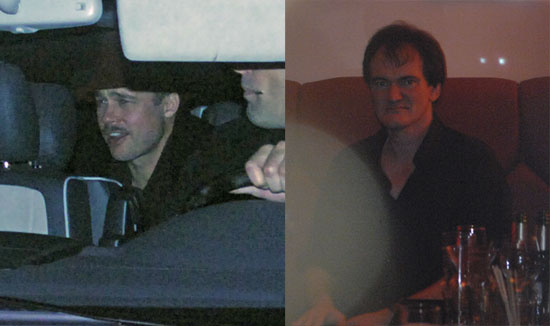 Quentin TarantinoBrad Pitt
Around The Web