Brad Pitt was in Aviles, Spain, last night for dinner with a few friends. He's off on a quick trip after spending time with Angelina and the kids in France, where the couple brought Maddox and Pax out shopping for pets last week. In Brad's absence, Angelina was in charge and even stepped out for an afternoon with Shiloh to pick up new stuffed animals. Brad's also gearing up for a few days in Italy for the upcoming Venice Film Festival, and it sounds like his six little ones have some new companions to play with while he's away again. 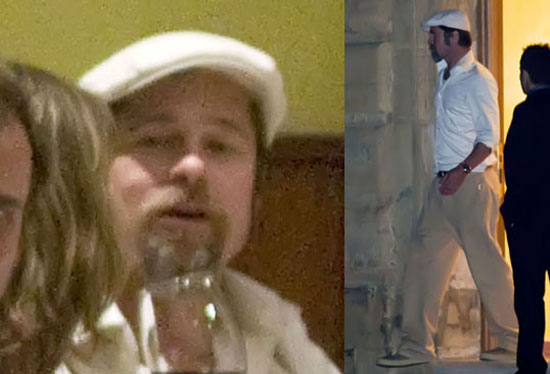