Brad Pitt and Angelina Jolie were intimately arm in arm this morning as they arrived back in Venice. The duo traveled to Bosnia on Monday where they met with refugees — and apparently Angelina picked up a tote bag! — before spending yesterday in Montenegro. Angelina has been full of smiles since they headed on their trip together, which counteracts the latest round of rumors coming from another supposed former bodyguard. Brad also looks like he trimmed his ever-scragglier beard, though we put him in our 2010 shirtless wish list hoping that he hasn't let the hotness go underneath his shirt as well. 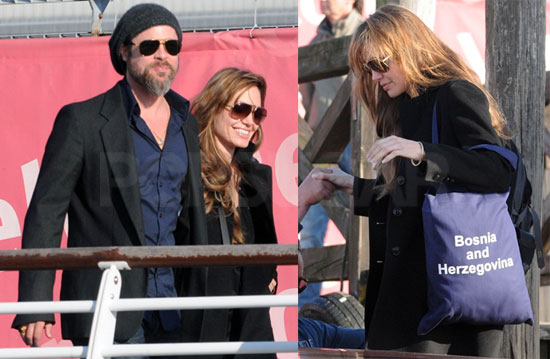