Bradley Cooper paid a visit to Bay Films in LA yesterday, while his rumored girlfriend Renee Zellweger continued making the press rounds in NYC. Her film My One and Only hits screens this weekend, while he has All About Steve coming out on Sept. 4. In a recent interview he joked about his high school crush and also shared his devastation at not getting The Green Lantern role that eventually went to Ryan Reynolds. Even so he's riding high on the success of The Hangover, which has even inspired Caesar's Palace to offer a themed weekend deal for anyone looking for his own Vegas adventure. 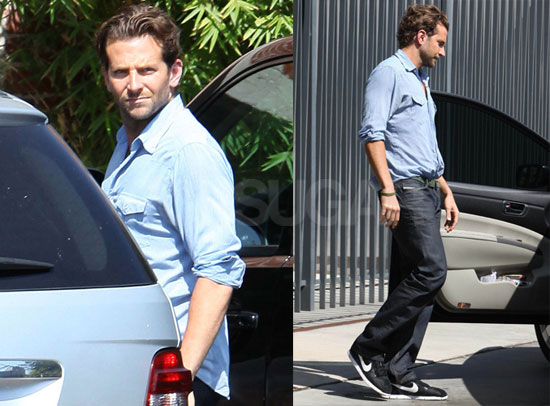