Britney Spears had a McDonald's coffee in her hand as she left her hotel in Adelaide, Australia, with her dad Jamie this morning. She wrapped up her monthlong tour of the country with a final concert last night, though there was a minor snag with her show in Melbourne on Friday when a truck carrying her gear flipped over during a storm. The equipment ended up being undamaged, and Brit was able to finish things up right on schedule. There are reports from Down Under that things might not be going so well with Jason Trawick — after his constant companionship during her travels, he was back in the States early last week at the AMAs amid rumors that Britney proposed and he said no. 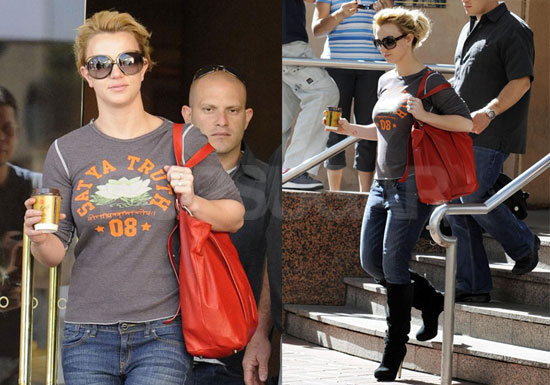