Jason Trawick was out this morning to pick up Britney Spears's sons Sean Preston and Jayden James from the Melbourne airport. The boys will join Britney for part of her Australian tour, after spending the last week in California with Kevin Federline. Jason took them to Britney's hotel, and they were all later spotted by the indoor pool. Britney sported an orange bikini for the afternoon and managed to sneak in some PDA with Jason. Britney seems to be doing well Down Under, despite her controversial first concert in Perth, as she gets a head start on her Christmas shopping and celebrates the release of her greatest hits album. 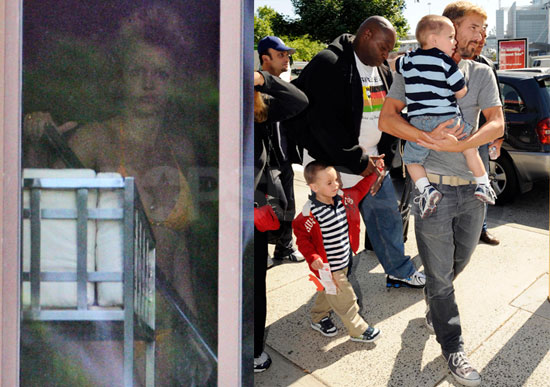 To see more from Down Under, just read more.