After a few busy weeks of kicking off her tour, and a successful show in Montreal, Britney made an appearance at Tribe Nightclub on Friday night. She went with some of her dancers and enjoyed some time not on stage before having to head to NY for another concert. She seems in good spirits while was Kevin spending time this weekend celebrating his birthday close by but not together. Meanwhile, she's a finalist for Time Magazine's 100 Most Influential People of 2009. She's had an up year so far, and her loyal fans can vote her up but she's got some stiff competition so we'll have to stay tuned. 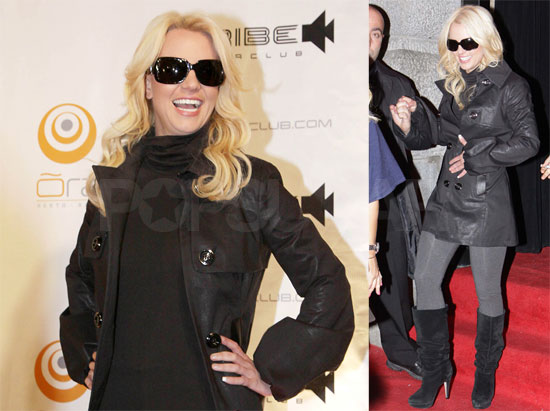