Britney Spears touched down in New York yesterday, after a weekend filled with Frappuccinos and family time. Things seem to keep getting better and better for Britney these days, but a blast from her past could shake things up big time. Adnan Ghalib is claiming that he has a two-hour sex tape from the days when he was dating the pop star and is willing to shop it around "for the right price." This isn't the first time we've heard rumblings of a racy video, but we're hoping for Brit's sake that her sleazy ex will find a new way to get attention rather than trying to sell her out entirely. 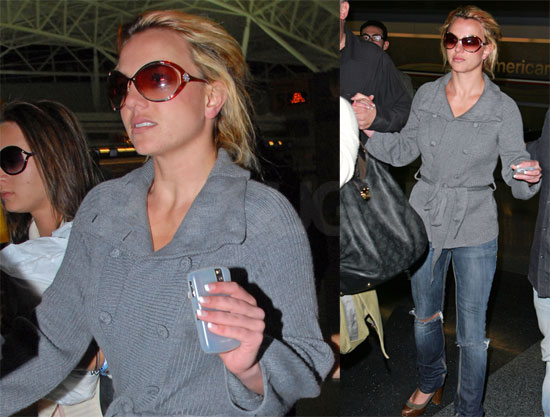