Britney Spears had Jayden James on her hip as her family flew back into Miami earlier today. The singer spent her weekend touring and visiting a children's hospital while her boys went back to Disney with Kevin. Last night during her show in Tampa, Brit had a bit of a wardrobe malfunction which she accidentally announced to the entire audience seeming to forget that her mic was on. Hopefully there weren't too many young fan in the audience— check out the video after the jump — and maybe Kevin isn't the only one passing down his potty mouth. 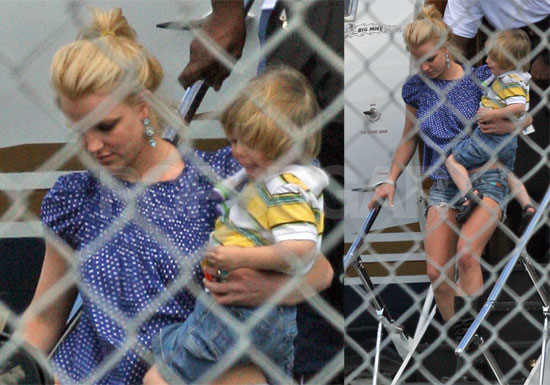 To see the video clip from the concert (NSFW), just read more.