Britney Spears and Jason Trawick denied the recent breakup rumors with a show of solidarity holding hands while shopping in LA yesterday. After also spending the weekend together, the two shopped in Beverly Hills and Studio City, including one stop where Brit tried on headwear ranging from a crown to Minnie Mouse ears. She's been in LA spending time with Jason and her other special guys Sean Preston and Jayden James. Brit and Jason have been together for a year, and this week isn't the first time they've faced stories of a split, but it looks like they're still going strong — perhaps it will inspire another edition of her famous BS report. 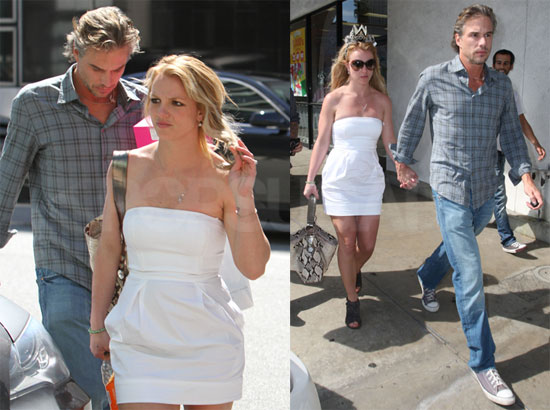 To see more of Britney and Jason's afternoon together, just read more.