Britney Spears continued to enjoy the sights of Australia today as she brought Sean Preston and Jayden James out to explore the Sydney Aquarium and a wildlife park. Her boys only arrived Down Under last week, but they've already had tons of fun from their yachting afternoon to swim time with Britney and Jason Trawick. Britney performed her second of four shows in the city last night, and she has two days off before she takes the stage again. She's spending some of her downtime playing with her new "It's Britney!" iPhone app and checking out fan photos. Britney's also gearing up for the release of her greatest hits album on November 24th, and MTV is dedicating time before it hits shelves to a retrospective of her career. 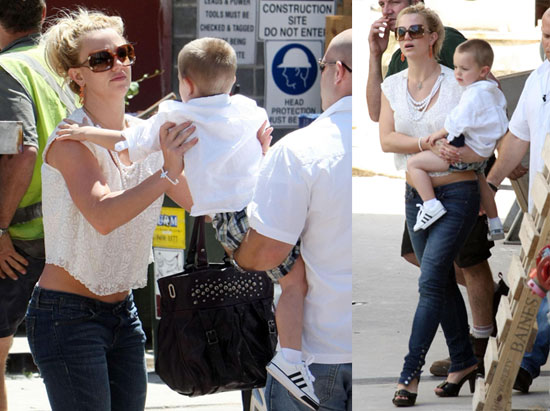 To see more of Britney and her boys, just read more.

Britney SpearsCelebrity Kids
Around The Web

Britney Spears
Britney Spears Just Shared a Rare Picture of Her Family, and Her Caption Is the Sweetest
by Navi Ahluwalia 22 hours ago

Mandy Moore
See All the Cutest Photos Mandy Moore has Shared of Her Son, August
by Alessia Santoro 1 day ago

Meghan Trainor
Here's What We Know About Meghan Trainor and Daryl Sabara's Son — Plus His Cutest Photos!
by Alessia Santoro 5 days ago