Britney Spears brought her entourage along for lunch at a London McDonald's earlier today before heading back to her hotel to pack for their trip to Manchester. She's heading to Northern England after a few days of sightseeing with her boys, then her tour will be off to Ireland for two shows this weekend. Back home in LA, meanwhile, Brit's lawyers recently won her a restraining order against the woman who snuck onto her property back in April. In other legal news, Brit's allegedly planning to marry her boyfriend Jason Trawick. They appear to be happy spending lots of time together, but wedding rumors still seem a little far-fetched. 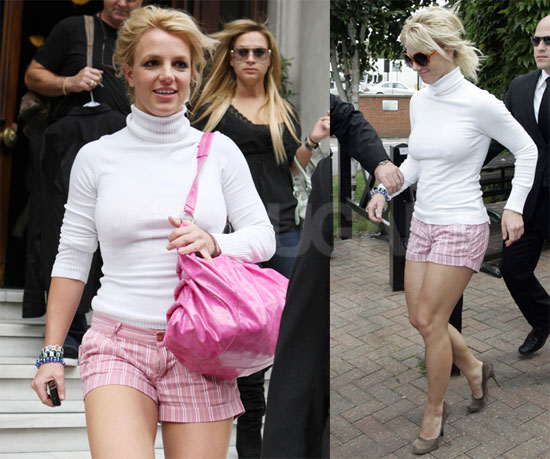