Gerard Butler got silly with a giggling Katherine Heigl at the LA premiere of The Ugly Truth last night. Katherine showed off her new darker 'do to her BFF T.R. Knight and a few other costars from Grey's Anatomy. She didn't talk about the news of the Emmy nominations. After her year of ghost sex and brain tumors, it may have been surprising to not see her name on the list. Gerard was taking a break from work on The Bounty with Jennifer Aniston, and he opened up on the carpet about how they laugh about all the dating rumors. He had nothing but praise for Jen, as he's apparently quite friendly with many of his leading ladies. 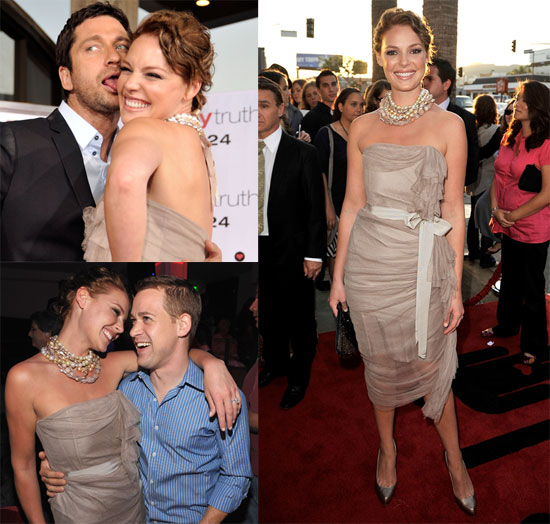