Casey Affleck and his son Indiana got dressed up in ties on Saturday while running errands including a stop at Rite Aid with Summer Phoenix and baby Atticus. Casey is known for taking long breaks between projects, but he's just signed on for a new film called The Killer Inside Me alongside Jessica Alba. He's proved his acting skills with his latest roles, and we'll look forward to seeing if Casey can churn out another Oscar-worthy performance. 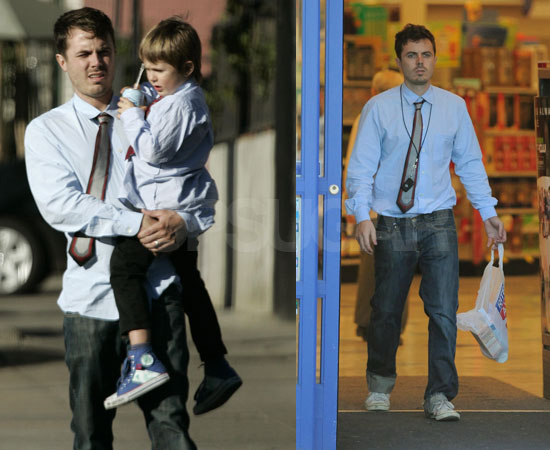