Dec. 18 isn't only Katie Holmes and Brad Pitt's birthdays; Christina Aguilera celebrated turning 28 in style at Osteria Mozza in LA last night with her husband and friends. She and Jordan go all out for Halloween each year, so it's no surprise that she chose a Clockwork Orange-themed costume bash. Nicole and Joel came out for the event, and it looks like Joel was even able to recycle an old outfit, while Nicole went for a more literal interpretation in orange. Never one to miss a party, Paris Hilton also helped the pop star turn 28. After a big year that included bringing Max into the world, it looks like Christina still knows how to kick back and celebrate herself. 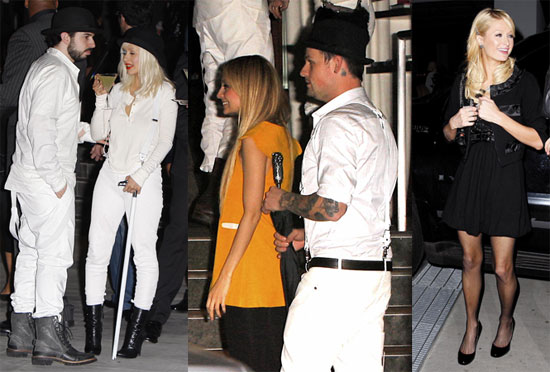 To see more from the party, including Christina, read more