Christina Hendricks was a vision in white yesterday as she married longtime boyfriend Geoffrey Arend at Il Buco restaurant in NYC. The duo tied the knot after nearly a yearlong engagement, after being introduced at a house party thrown by her Mad Men costar Vincent Kartheiser. While there were the usual crazy moments on last night's episode of their show, Christina and Geoffrey's wedding appeared to go smoothly as planned. Christina has other professional projects in the works, but now's the time to enjoy life as a newlywed. 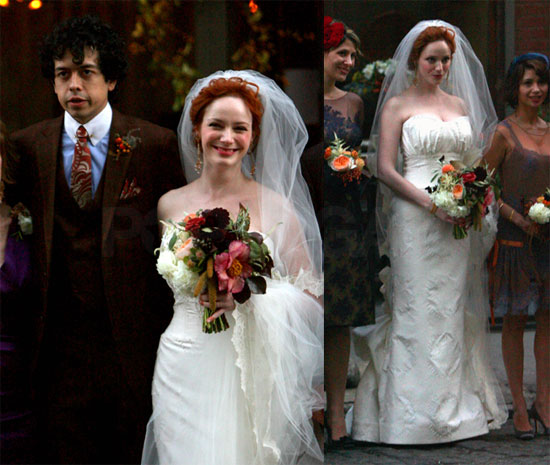 To see more from the ceremony, just read more.