Whitney Port flashed a smile on her way into an LA gym yesterday. She's home in California during her hiatus from The City, and some big changes are apparently in store when her series returns. She's said to have left Diane von Furstenberg after being passed over for a promotion and gone back to work with Kelly Cutrone at People's Revolution. Also, her on-off boyfriend Jay may not return since his bandmate is making him choose between their group and the show. Whit's former costars from The Hills are currently keeping us amused with their antics — even if there is no Heidi and Spencer wedding in the works — but it sounds like The City will be full of plot twists when it comes back to MTV. 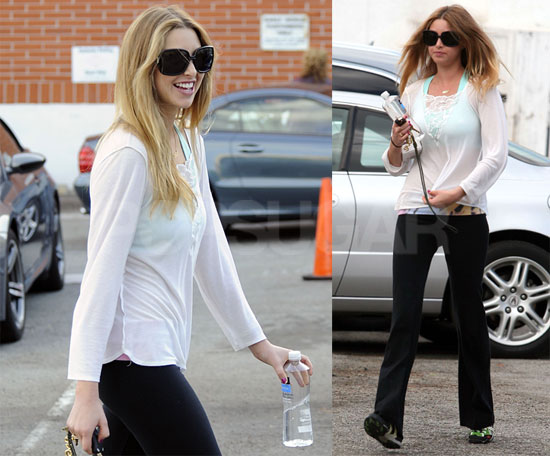 Whitney Port
Around The Web

Whitney Port
Whitney Port Is Dressing Up Like Classic Movie Characters on Instagram — Can We Join?
by Nikita Charuza 4/22