Whitney Port battled the elements earlier today as she ran errands with friends in Manhattan. Weather isn't all she has to get used to moving from LA to NYC, and she recently opened up about the changes now that she's the star of The City. She's busier than ever, saying, "There are times when I'm working so much that I just think, 'What am I going to do?' But I just have to roll with the punches and take it day by day — that's something that Lauren taught me to do." Whitney also talked about her new friends — Olivia is "a pretty cool girl" who grew up in NYC, Erin is her "super smart, caring, funny and loyal" longtime friend. Whitney learned from the best about bringing drama to TV, so hopefully her new gang of girls will spice things up again for MTV. 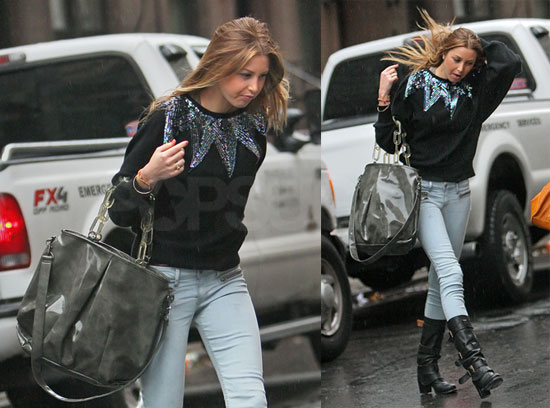