Some Apple fans were mesmerized yesterday by news of the iPhone's 3.0 amazing new capabilities, but something equally interesting was going down at one of the company's stores in NYC. Clive Owen made an appearance at their Soho location along with Duplicity's director, Tony Gilroy, to chat about their film. It was just a day after their big US premiere, where Clive opened up about the fashion advice he's offered by his two daughters. He said, "They send me texts like, 'Don’t wear the velvet jacket because it’s weird and embarrassing.' They make me too self-conscious now." It's always a treat to hear Clive talk about his normal family life, though we find it hard to believe he'd look bad in anything. 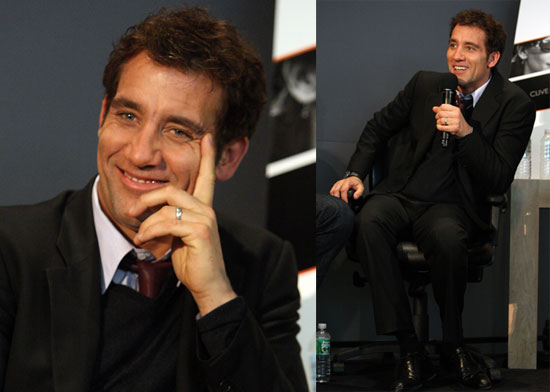 To see more of Clive and Tony just read more.

Clive Owen
Around The Web