David Arquette and Courteney Cox had their friends over for an election night party at their home in LA last night. Their guests included adamant Obama supporter John Mayer and PSA stars Jennifer Aniston, Sacha Baron Cohen, Isla Fisher, and more. David was so excited when Obama's victory was announced that he came outside with a bottle of champagne and cups to share a toast with the paparazzi. At the end of the night, John and Jennifer snuck out and headed home together. While the energy in Chicago was palpable through the television, it wasn't limited to there; supporters all over the country and world joined in the celebration. 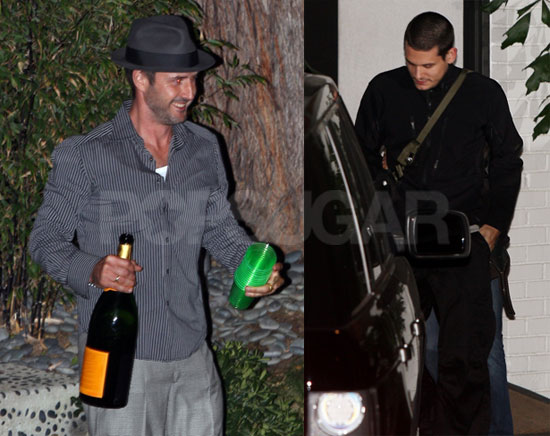 X17 Online and Most Wanted