David Beckham arrived in Washington DC yesterday in preparation for this Saturday's LA Galaxy game against the DC United. Becks sported a hat — though it was less controversial than the one his son wore this week — as he got ready to return to the field after his red card suspension. Even though he stayed stern-faced at the airport, he still posed with some fans as he starts his stay in the nation's capital where he'll return to the field. Victoria's been hitting the road as much as David recently as she tried her hand at American Idol judging but whenever they're in the same place it's all about family time for the Beckhams. 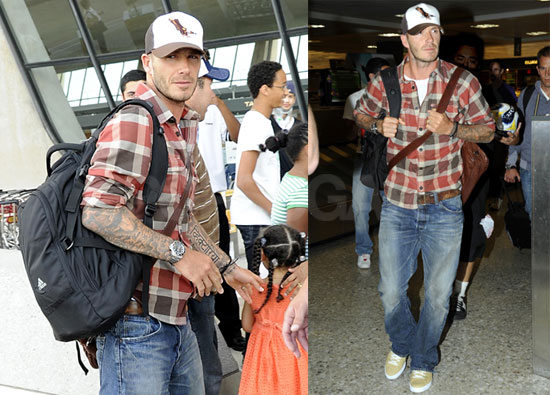