David Beckham was home in the UK for Christmas with his family and new bulldog, but he arrived at Milan's Malpensa airport yesterday in order to start prepping for his stint on the city's soccer team. He's set to play for AC Milan during his break from the LA Galaxy, but he's also got his eye on a spot with the English team when the World Cup rolls around. David was out for a practice session in the afternoon, with crowds coming out to see his moves on the field. After a week with his boys and Victoria visiting in London and taking in shows, hopefully sexy man David is ready to get down to work as his next season approaches. 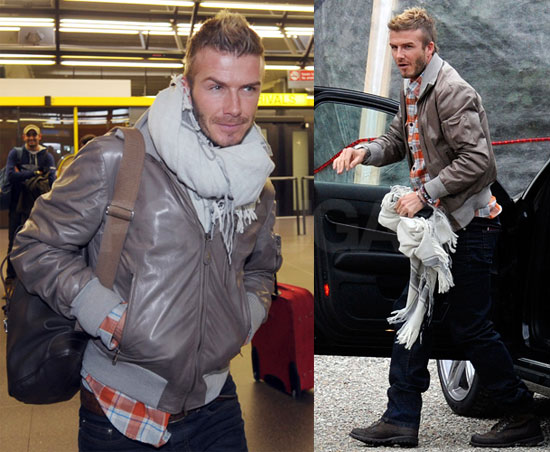 To see photos of David in Milan just read more.