David and Brooklyn Beckham touched down at LAX yesterday after flying out of Heathrow together. The boys just missed Victoria, who's in Boston for American Idol auditions. David is home again, but he's never in one place for too long — he's still playing for the Galaxy but is also hoping to join England during the World Cup qualifiers before a possible return to Italy. 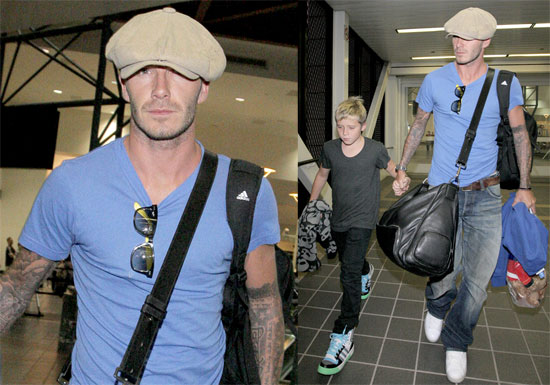