Cruz Beckham changed out of his Robin costume for some Lakers' gear to watch the game with his dad and brothers on Friday. Cruz displayed a range of emotions that was too cute for words. David was full of high fives and kisses but he wasn't the only good looking thing to check out courtside. Leonardo DiCaprio was there showing off yet another baseball hat from his collection although unfortunately for the fans, the Pistons defeated the Lakers for their first loss this season. 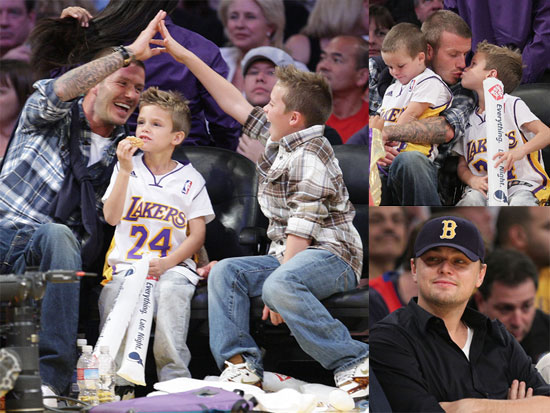