David Beckham was in Hoboken, NJ yesterday afternoon for a press conference with the Galaxy, where he apparently raised tensions by hinting that he would consider another loan. Earlier in the morning he swung by The Today Show in NYC to chat about his team's upcoming season, and he even made time for an appearance on Regis and Kelly — check that one out below. It's a good thing David managed to fit in some rest and relaxation with Victoria during their recent anniversary vacation, because he's diving right back into his soccer schedule with a game tonight against the New York Bulls. 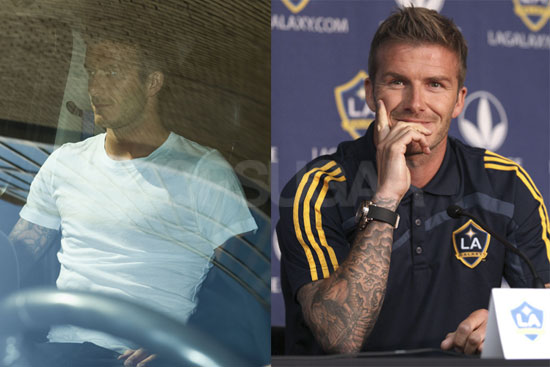