David Beckham touched down in LA yesterday after his weekend trip to Seattle for the MLS finals. The Galaxy didn't end up taking home the title, but David had Victoria and their boys there to cheer him on. His season in LA is over, and soon David will be hitting the field overseas despite the revelation that he suffers from asthma. It hasn't affected his athletic abilities so far, whether he's playing at the professional level or practicing with his sons. 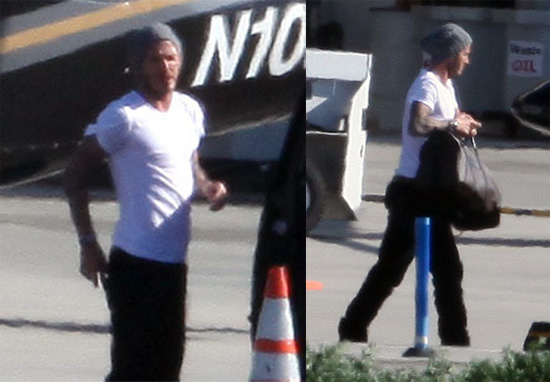 To see more of David at the airport, just read more.