David Beckham's weekend started on a sour note when he got pulled over on Friday, but he didn't seem too bummed when he, Victoria and Brooklyn went to dinner at Madeo's later that night. He was back in fine form yesterday as he joined the Galaxy for the last game of the season, which ended in a tie. David will be heading to AC Milan in January but apparently Victoria is going to stay in LA with the boys despite a $16 million offer to film a special for an Italian TV station. David and Victoria plan to meet up often at their mansion in the UK, which seems like an excellent idea considering their recent troubles at the property. 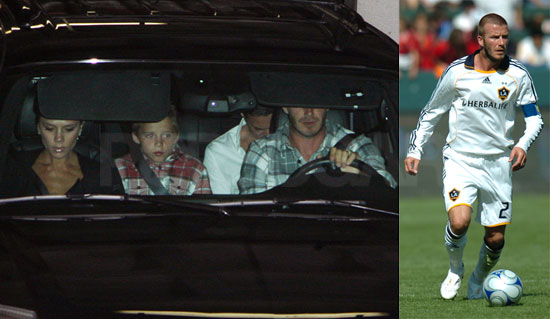