David Beckham wasted no time from flying into LAX with Victoria this weekend to getting back on the field but this time he wasn't playing soccer. The LA Galaxy players took to the green for a charity golf tournament yesterday at the Industry Hills Golf Club at Pacific Palms Resort. While he took a break to play golf, soccer is still the number one game on his mind and his actions. David's even been appointed vice-president for England’s 2018 World Cup bid to help his hometown country host the big event. He's also been invited to train with AC Milan once the MLS season is over. This means less Beckham in the states so we're not a huge fan of this plan but for any die-hard fans out there, you can get your own piece of the superstar by purchasing their personalized Bentley for just $170,000. 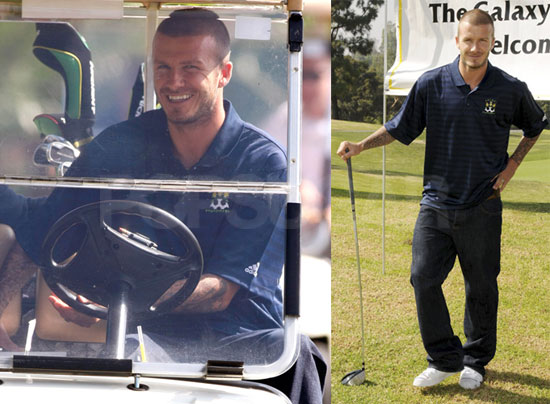 David Beckham
Around The Web