David Beckham emerged from a bookstore in Milan earlier today, looking badass with his facial hair and aviators. Meanwhile, on the other side of the world, his boys were looking equally cool as they perfected their skateboarding skills at a park in LA yesterday. Seems like Cruz forgot all about his scooter as he rode beside Romeo like a pro, sporting a fake tattoo to boot. David's due to head back to the Galaxy in June, but he's already making it clear that he wants to join AC Milan again next January. Spending so much time away from their dad has to be hard on the Beckham boys, but they'll have plenty of new skills and tricks to show him at the next family reunion. 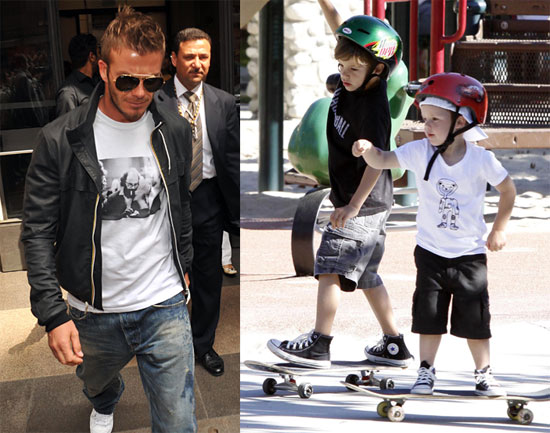 To see a lot more of the adorable Beckham boys, just read more.