David Beckham took the field at London's Wembley Stadium last night to play with the English team against Andorra in a World Cup qualifying match, leading his squad to another victory following their win against Kazakhstan over the weekend. Victoria was in the crowd to cheer him on, wearing the same semi-sheer ensemble from earlier in the day. It's not strictly soccer for David in the UK, as he's scheduled to make an appearance on behalf of Armani today at Selfridge's department store. With Victoria in town, maybe she'll even turn out to show some support for his steamy underwear ads. 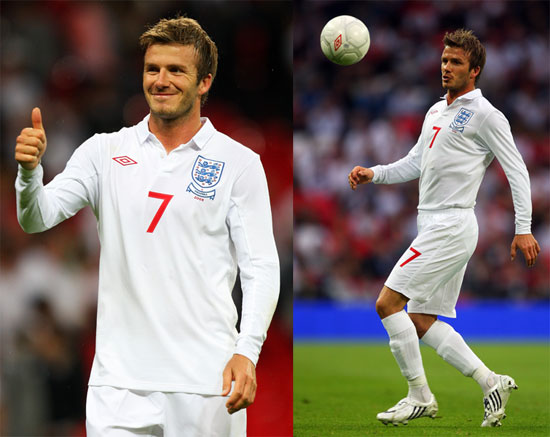 David BeckhamCelebrity Sports
Around The Web